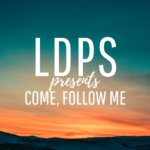 Ben and Christopher continue with a discussion of the first book of Samuel. The various sources that make up the book portray multiple perspectives on monarchy and the kingship. Saul is anointed as the first king of Israel. His military success initially endears him to the people, but his disobedience causes him to lose favor with Samuel and God. David is anointed to succeed Saul and the narrative recounts stories of his bravery, piety, and military prowess. The story of David and Goliath is the unmistakable source of literary allusion in Nephi’s account of slaying Laban in the Book of Mormon. What might this say about Nephi’s intent, message, inspiration, and actual experience?