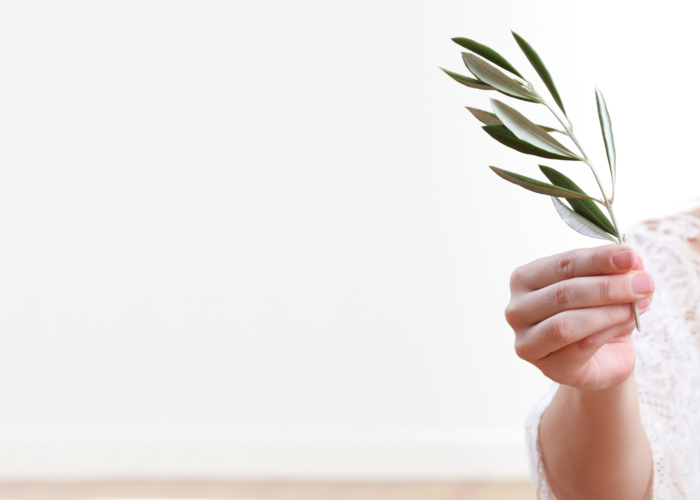 I am seeing a lot of pain today. Pain exhibiting itself in the form of anger, fear, and anxiety. Hearts are bleeding. Hearts are fearful. Hearts are mourning. And hearts are hardening.

But maybe hearts can be softened. Maybe this all can be for our good.

After the most tumultuous, divisive, and unpredictable year in the memories of most people who live on the earth today, once again, we are seeing the chaos. Protests, fighting, and riots in Washington D.C.. Rumors, conspiracies, theories, and lies. We’ve been experiencing these waves of destruction that have been pulsating for years, but over the last year they have increased in frequency and magnitude.

And at the same time I am in awe at what my Savior has done to soften my own heart. Right now. Right here in this very moment, despite the chaos in the country I once loved more than I loved Jesus Christ Himself. Because ultimately, no matter the intent of the country or who or what inspired it, the United States of America is not my savior. It was never intended to be, and it never can be. And yes, I can love it, appreciate it, value it, and do the things I can to try to make things better or preserve what is good. But, if I am placing my faith in the system itself and I believe that all is lost if my efforts fail, my faith is misplaced. If I think that I can “save” the country by putting all of my heart into living by political news, working on causes and campaigns, raising money, and using up all my time for my political party, I am sorely mistaken. If I allow what happens each day in government and within the country to determine whether or not I am free or I have peace, I have missed the mark!

I can empathize with all of the pain I see today, because I have felt it. Every day for years I listened to talk radio for hours. I followed the news so closely that there likely wasn’t anything going on in Washington D.C. of which I wasn’t aware. (At least the things going on above the table.) Every day there was something new to worry about. Something scary to be afraid of and something new to fight. My heart was hardened day by day as it became a heart at war. But if I am being honest, my heart had already been at war for years; this just gave me an acceptable and noble cause to fight for.

I celebrated the wins whenever my causes progressed or my chosen politician won. I placed my hope and faith in the arm of flesh that they were going to do something about the crumbling of all morality and help return us to the nation that once was. And I became angry every time my cause was stifled or my political hero lost. And every time I lost, I worked harder. I got more involved and I looked for more things to do that could save this country.

I was constantly at war.

I remember one day distinctly thinking that I loved America more than I loved the Gospel because I was willing to talk about it, fight for it, and work for it every day. Yet, I didn’t do that for the Gospel. My entire focus was on saving and preserving the country for my children and I believed that it was ok that I focused more on that than I did on Jesus Christ because I had been taught that Jesus Christ had established this land. I rationalized it all by saying that this was my mission. Others could focus on Christ, and there were already so many that did, but if I didn’t focus on the country, we would lose it.

I got more and more deeply involved. We were always just one step away from making a big difference. There was always more to help with, more good works to do, and more causes to take up.

My heart became increasingly hardened as more and more people, ideas, groups, and causes became my enemy. I remember going to a political dinner and being disgusted by the people around me because of their beliefs, shady things they had done, their phony facades, and the people they pretended to be friends with.

My heart was full of hate.

I had “othered” everyone, even those who were supposedly on my team. Nobody could live up to the ideal of what America stood for. Nobody was good enough. And we were doomed.

Anyone that has been involved in politics has seen shady things go down. Even at the lowest level, the thirst for power and control is unquenchable. You are steeped in it. The games of strategy, the manipulative tactics, the spinning of stories, and underhanded dealings are everywhere. You can’t escape it and all of it is done with a heart full of self-righteousness because the cause is “just.”

And I had been part of this in small ways. Little moments of crossing small boundaries into meanness, judgment, and spinning the truth to fit my narrative—the narrative that said that I was doing what I needed to do to save the country and save the Constitution.

It all became too much and my hardened heart began to hurt when a friend I knew was accused of inappropriate actions while serving in an elected position. It was the pain of this accusation that cut right through my hardened heart and helped me to be willing to see the things I had been overlooking. It happened just like Leonard Cohen said, “There is a crack in everything, that’s how the light gets in.” This crack in my story finally allowed the light in. It helped me to see the pain I was in and the hate that I had allowed to harbor in my heart. It allowed me to see the pain others were in and the hate they had harbored in their hearts.

It allowed me to see my idolatry. I had become a zealot for the United States of America. I had placed my faith in flesh. America had become my religion and I had placed it above all else. I saw that what was going on each and every day in the news cycle was determining my life and taking my peace and freedom. I was giving it away freely because I had misplaced my faith.

The truth of this fact made me sick. And I mean physically ill. I realized I had become addicted to my narrative and it was killing me physically, spiritually, and emotionally. For the next few months I suffered panic attacks and anxiety daily as I detoxed from my addiction and pulled back from the stories, the groups, and the “religion” I had been part of.

It was during this time that Jesus Christ began to truly show Himself to me. When I finally began to let go of the things that I had believed to matter more than He did, He met me where I was. Little by little He began to teach me what it meant that there could be a peace inside us that could surpass all understanding when we give our hearts and minds to Him. A peace that wasn’t determined by the news cycle. A peace that would still be there even if America ceased to exist. A peace that I could maintain no matter what was happening around me.

As I allowed Him to teach me and pull me in to His peace, I began to mourn the fact that I had not seen how powerful the Gospel of Jesus Christ really was. I mourned that I had not realized the beauty and the power in His words. That I had not placed His teachings, especially those of the Sermon on the Mount, as the most important things in my life. I was sad that the banquet He offered me, and that had been in front of me my entire life, had not been fully enjoyed. I had chosen to look elsewhere to be satisfied. I had been blind. I hadn’t believed that His words could really do what they said they could do!  G.K. Chesterton put it beautifully when he wrote, “The Christian ideal has not been tried and found wanting. It has been found difficult; and left untried.” I had left it untried and that pain penetrated my soul.

As I allowed my faith in the United States and the faith in the freedom that I thought only the United States could provide to die, I experienced the pain of a lost religion. It was an excruciating and drawn-out process, but one that I am so grateful for each and every day. Jesus Christ saved me from my idolatry. He saved me from my misplaced faith, re-centered me, and finally showed me, after a lifetime of looking, where to properly place it.

And in the process I have seen where I was wrong in making enemies out of those who disagree with me. I have seen that my assumptions of their intentions were judgments that I had no right to make. I was shown that people living across borders or across the political aisle were not my enemies, but, like me, His children, and so my brothers and sisters. I have been able to see that we are all sinners, we are all weak, and we are all in need of His guidance, His grace, and His love.

And He softened my heart. He helped me begin to love again.

After a lifetime of misguided direction, I finally decided to take the words of Jesus Christ and to do my best to follow them. And I can tell you that although things are not suddenly fixed, or better, and the country is definitely not better, I have found a peace that I never imagined possible. I still fluctuate with my emotions and my stress. I am human and I continually fall back into old mindsets and patterns. I struggle when I see insane news stories and I have to constantly work at staying grounded in Christ. But, as struggles have come my way since my decision to take up my cross and follow Him, I have truly found a baseline peace that has made all the difference in my life.

Going from politics to peace in a few short years has been a whirlwind — a painful whirlwind.

And maybe today, while your heart is in pain, God can reach you. Maybe that crack in your heart will allow Him in to help you to soften your own heart. To help you to re-center and see that no matter what is happening around us, that it is possible to have peace. And when we have connected to that peace, we can help others to it too.

I see your pain. I feel it with you. He feels it with you. Hand it over to Him and let Him heal your heart and rewrite your story. Allow the events of today to work for your good through the healing balm of Jesus Christ.

Lindsey has figured out that the best term for her is a “seeker.” She loves to learn, think, ponder, and study new things. Her ultimate hope is to discover Truth. She’s currently in a deconstruction process where basically every narrative she’s ever held has been analyzed, ripped apart, and evaluated. Some of them have been recovered or re-formulated. She loves experiencing the Mystery, even if it’s uncomfortable at times. As the co-founder and social media guru of Latter-day Peace Studies she has had the opportunity to work through ideas and mysteries and draw closer to the warmth of God’s infinite love and grace. 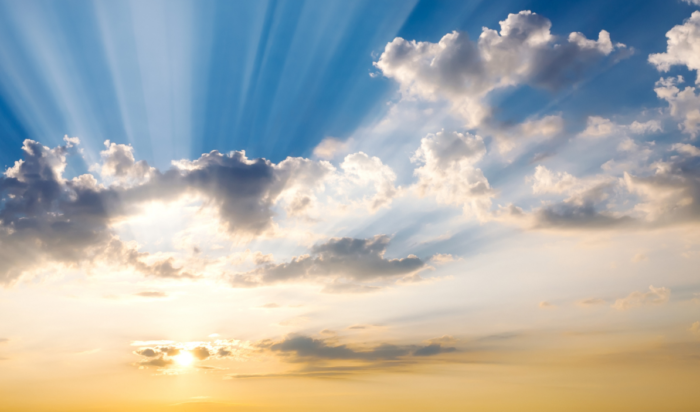 The Healing Power of Good Friday